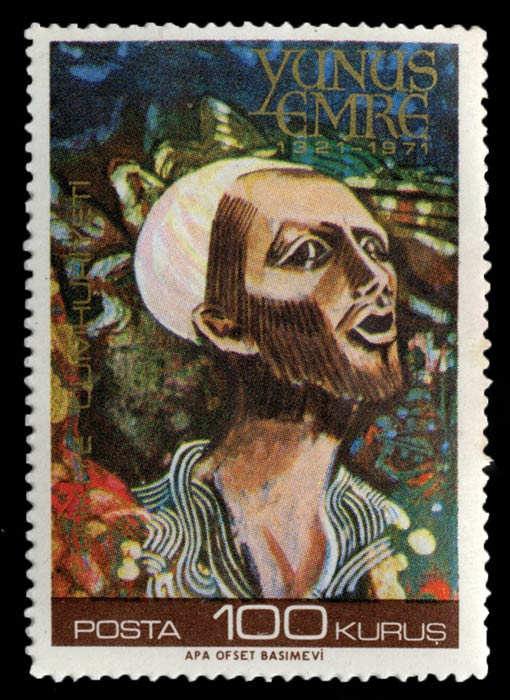 Yunus Emre (1241–1321) was a Turkish poet, Sufi mystic, and itinerant preacher. He was one of the first known Anatolian poets to have composed works in the spoken Turkish of his own age and region rather than in the classical Ottoman language used by the learned class. Yunus Emre inspired another great Turkish poet, Nazim Hikmet, who admired the mystic’s humanism and “his concerns not for the world to come but for this world.”