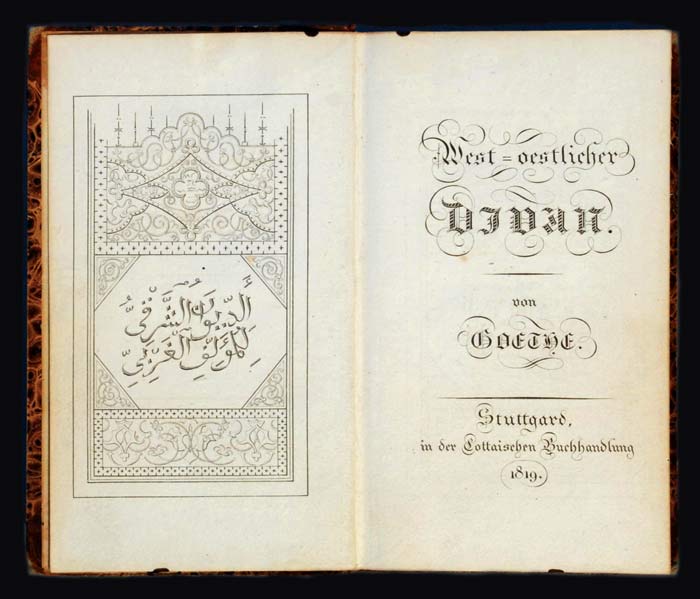 The German Poet Goethe (1749-1832) considered Hafez his “twin,” exclaiming, “O Hafez, your word is as great as eternity for it has no beginning and no end.” Goethe’s interest in the Muslim world began in his youth, and he later studied both Arabic and Persian poetry. When in 1814, he was given a German translation of Hafez, he began what would become his West-östlicher Divan (The Parliament of East and West) as a poetic dialogue between himself and the Persian poet.