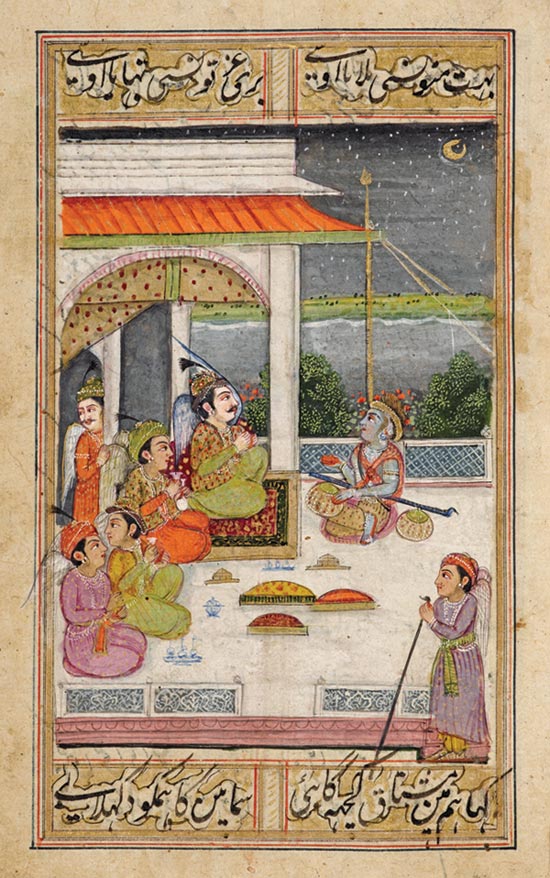 A young language forged in the camps of the Sultan’s army in north India in the 17th century, Urdu came into its own in 18th-century Mughal courts. Mir Hasan (1737–1786, India) was the master of the Urdu romance and the masnavi, a poetic form that relies on rhyming couplets, originally borrowed from Persian. His most enduring poem is Sihr ul-Bayan (The Magic of Eloquence).