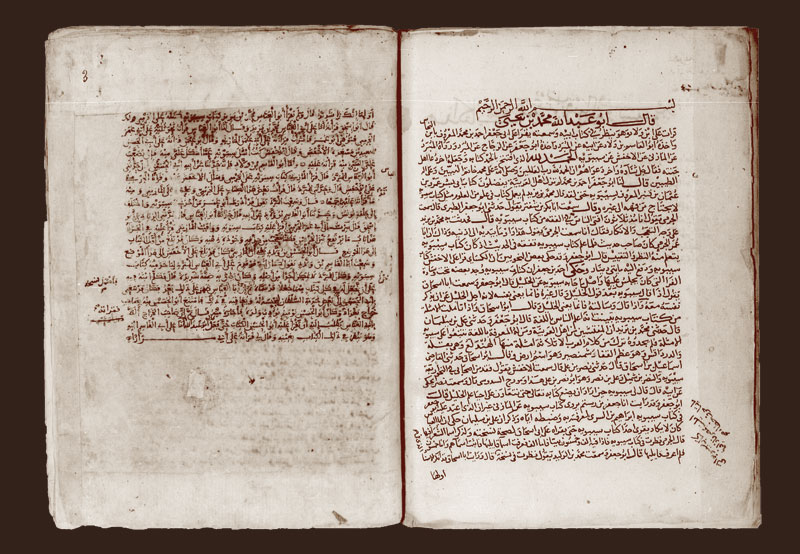 Most likely the first book published in Arabic prose, the 8th-century al-Kitab fi an-naw (The Book on Grammar), is the monumental achievement of Sibawayh, whose goal was to help non-Arab Muslims understand the Qur’an and the Hadith (the sayings of the Prophet). This work, along with the Qur’an itself and the pre-Islamic Mu’allaqat, are the literary foundations of Arabic.