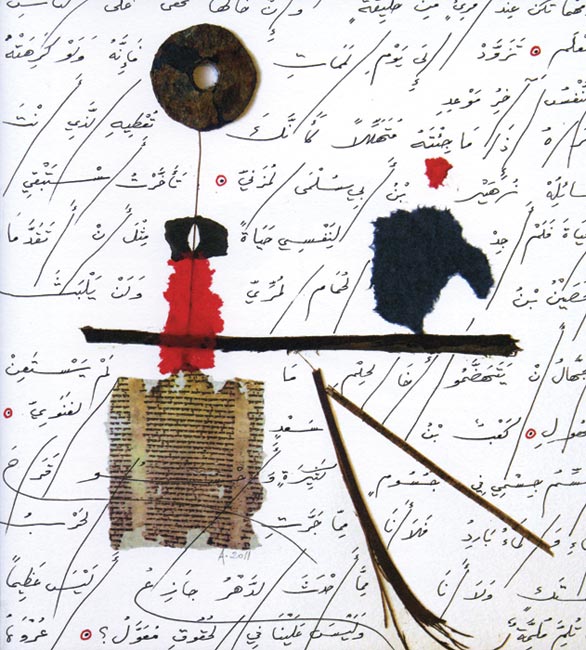 Considered one of the most significant figures in Arabic literature of the past fifty years, Adonis’ work includes poetry, literary criticism and history, Sufism, and contemporary affairs. During a period of writer’s block in the 1990s, he began creating collages using parchment, rags, pieces of iron, coffee grains, and other found objects as well as lines of Arabic calligraphy from his own poems and those of classical Arabic poets. This untitled 2011 piece was exhibited in London in 2012 as part of a retrospective at the Mosaic Rooms in which over a hundred of Adonis’ works of art appeared. These collages, like his literary oeuvre, combine traditional and contemporary influences.