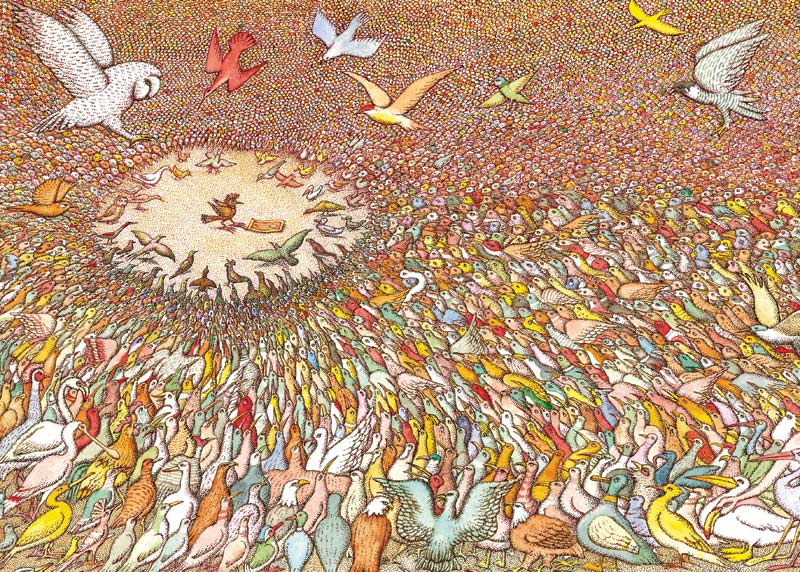 Written in 12th century Iran, The Conference of the Birds has become a world classic. Translated into French in the 19th century, the poem appeared in English in 1910, becoming an important stage play directed by Peter Brook in the 1970s. It depicts Sufi seekers as birds on a quest for the mysterious Simurgh, the lord of Creation, who they hope will become their king and save them. at the end of the journey, they reach a pristine lake where each sees a reflection of itself.