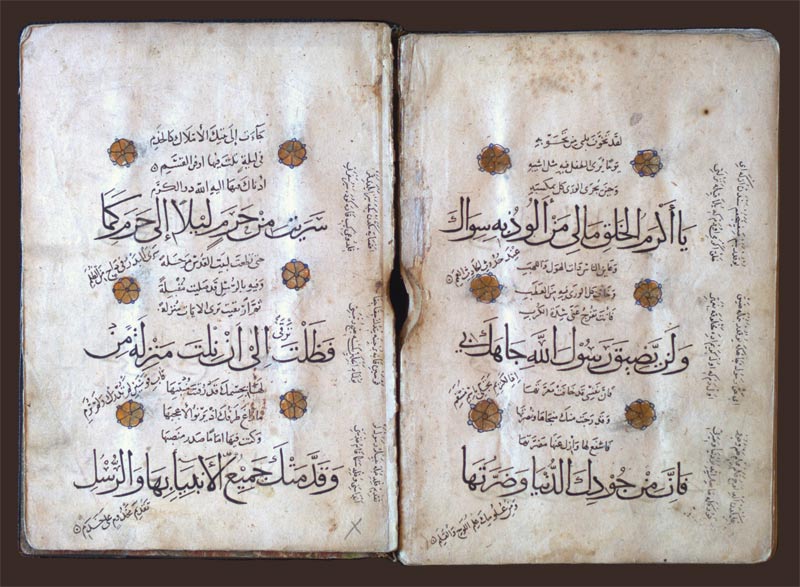 Known in English as The Mantle Ode, this qasida was written by Imam al-Busiri (1211–1294, Egypt) in praise of the Prophet Muhammad, whom the poet believed cured him of paralysis by appearing to him in a dream and wrapping him in a mantle. Venerated by Muslims, this is one of the world’s most frequently recited poems, often to celebrate birth or lament the dead.